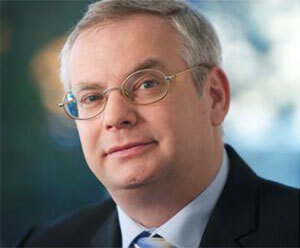 Prof. Willi Meier has taken over the role as Director General of the World Corrosion Organization from long time incumbent George Hays.  Willi thanked George for his long term commitment towards corrosion abatement and says he looks forward to the challenges of raising public awareness of corrosion around the world.

Willi studied chemistry at the RWTH Aachen, where he gained his PhD in 1992. He is responsible for the international cooperation of the DECHEMA and coordinates the research activities of the section groups of the EFCE and the European Federation of Corrosion. In 2013, he was appointed honorary professor at the Technical University of Clausthal and holds courses in product design.